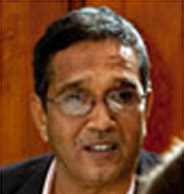 Vipin Sharma (Member) is the founding CEO of ACCESS, set up to promote the organized growth of microfinance and to support sustainable livelihoods options for the poor in India. Vipin started his career in 1980 with the RBI, from where he moved to NABARD in 1983. In 1996, he was seconded to the Government of Rajasthan as Executive Director to set up the first of its kind “Rural Non Farm Development Agency”. In 2000 Vipin joined CARE India as Programme Director, heading the Microfinance programmes in the region. In 2006, ACCESS was spun out of CARE, which Vipin set up. He is also the Chief Advisor to ACCESS ASSIST, a new affiliate set up by ACCESS. Vipin has a Masters Degree from Delhi University and has attended several programmes at Cranfield Institute of Management, UK; Boulder University, USA and School of Management, Yale University USA.